Stop and Smell the (Wild)flowers at Big White

Get those sniffers ready! Big White Ski Resort is open for the summer season on June 27, and that means the fields of wildflowers lying dormant underneath the snow will soon be bursting with beauty – just for you and the bees!

From June through to mid-August, Big White’s rolling alpine meadows are awash with vibrant colour and delicate scents, with new displays of wildflowers from month to month. While you explore Big White’s vast network of hiking trails, take time to appreciate the adversity these native blooms face growing so high in the alpine – a dry, cool environment, where they’re buried under metres of snow for the majority of the year.

To help you navigate the kaleidoscope of colours, here’s a brief field guide of a few favourite wildflowers.

And, remember, look, take pictures, take a big whiff, but please don’t pick – everyone should have the chance to witness this stunning natural phenomena.

Fireweed is a perennial with pinky purple flowers that grows from 0.5 to 3 metres in height. Since its seeds need extreme heat to crack open, Fireweed commonly grows in places where there has been a forest fire or fire disturbance.

Indian Paintbrush has a striking red blossom that grows on top of a straight, hairy stem typically 30 to 50 cm in height. The upper part of the Indian paintbrush resembles a brush covered with bright dyes. It was often used by various tribes of Native Americans, hence the name “Indian Paintbrush.”

The Arctic Lupin has grey-green leaves covered with soft, silver hairs and a blossom that consists of 5 to 28 narrow, pointed leaflets and it can grow anywhere from 0.5 to 1.5 metres high! It’s native to northwestern North America, from Oregon north to Alaska and Nunavut, and known as one of the most common wildflowers in B.C.

Fun Fact: The Lupin is a member of the pea family.

The Pasque Flower is native to the meadows, foothills and prairies of North America and can be easily identified by its showy, bell-shaped flowers and attractive, fluffy seed heads. The plant’s yellow blossoms bloom around late March to early April. It is one of the first signs of spring, particularly in cold climates, like Canada. The bloom will last about two weeks, after which the leaves expand and the flowering stalks will lengthen to create a whimsical, fluffy head that helps disperse its seeds in the wind.

Western Asters are beautiful perennials that are found on the wild mountaintops of North America. The central disk of the flower is surrounded by a ring of petals in a brilliant shade of purple. The word ‘Aster’ is of Greek derivation and refers to this flower’s star-like blossom.

Fun Fact: Asters are oftentimes a prime target for birds, bees and butterflies because they are fragrant and colourful.

White Yarrow is one of the toughest wildflowers around, known to survive in many habitats including forests, meadows, grasslands, mountaintops, coastal areas and even desserts! It has one or more stems that can reach 0.15 to 0.90 metres in height with feathery leaves 5 to 20 cm long. The White Yarrow is easily identified by its cluster of miniature white flowers that attract many butterflies, hoverflies, and bumble bees.

Fun Fact: Yarrow was used as food in the 17th century. Leaves were prepared and consumed like spinach.

Arnica is a perennial plant of the sunflower family. It gets its name from its soft, hairy leaves – like lambs’ ears – from the Greek word arni or “lamb”. It has large, showy yellow blossoms with long ray florets.

Fun Fact: Homeopathic preparations of Arnica are widely marketed and used for ailments such as sprains, bruising, and osteoarthritis.

Bright and beautiful, the Narrowleaf Hawkweed is a perennial that blooms from June – September and grows 0.3 to 1.5 metres in height. One plant will typically have five to 30 dandelion-like flowers on a stem covered in fine, short hairs.

Fun Fact: While its colour may be cheerful, the Narrow-leaf hawkweed is known in the botany community and one of the most invasive, troublesome plants in the Pacific Northwest because of its tenacious survival skills like its airborne seed dispersion method and its bad habit of displacing other native plants.

Not a Skier? No Worries – Big White Ski Resort Has You Covered

5 Reasons to Ski & Snowboard During Early Season at Big White 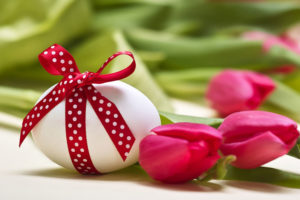 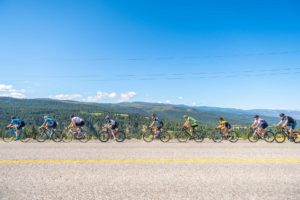